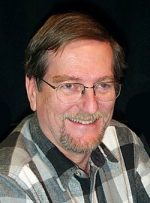 I have not seen anything to match the “Individual Geneline Chart” or the “Comparative Geneline Chart” in any other genealogy program. A few other programs do have timeline charts, but none of them approach the two new ones in Genelines. In addition, Genelines also produces great pedigree charts, direct descendant charts, and family group charts. These last three charts are available in other genealogy programs; Genelines simply produces better-looking charts than most other programs.

Genelines™ for Windows is a great timeline charting companion for use with almost any genealogy program. It reads information directly from Family Tree Maker® and from Personal Ancestral File™. It will also read information from a GEDCOM file created by any modern genealogy program. Genelines lets you place the names and lives of your family’s past into historical context. Now Progeny Software has announced the release of Genelines version 1.3. The new version adds compatibility with Personal Ancestral File version 5.0.

I wrote a review of Genelines in 1998 when it was a brand-new program. This week I re-wrote that review a bit to “modernize” it and to include the newer features added since the original release. Here is my updated review:

Genelines is described as “a charting companion” for use directly with Family Tree Maker or with Personal Ancestral File versions 3, 4 or 5. It also will read data from GEDCOM files so that you can use it with any other modern genealogy program. Genelines will read your data and then create some very interesting charts, both on-screen and on your printer. All of the charts are well done, and two of them are new to genealogy software. I have not seen anything to match the “Individual Geneline Chart” or the “Comparative Geneline Chart” in any other genealogy program. A few other programs do have timeline charts, but none of them approach the two new ones in Genelines. In addition, Genelines also produces great pedigree charts, direct descendant charts, and family group charts. These last three charts are available in other genealogy programs; Genelines simply produces better-looking charts than most other programs.

Genelines produces charts on any Windows-compatible printing device. It will print on dot matrix, inkjet or laser printers. It will even print on large plotters to make wall-sized charts in full color. Some of the examples that Progeny Software has exhibited at genealogical conferences are spectacular. They have displayed charts as large as three feet by eight feet and they can produce even larger charts if the hardware is available. If you do not have a $5,000 plotter in your living room, you can still produce large charts in Genelines and save them to a disk file. You can then copy the file to a floppy disk and take it to a commercial service, such as Kinko’s, and have the charts printed there.

Genelines will also copy any of the charts to the Windows Clipboard. You can then insert the charts into almost any Windows program, such as a word processor or a spreadsheet.

Trying to describe these visual charts in a text-only newsletter is a bit of a challenge; I would suggest that you look at the examples on Progeny Software’s Web site.

Quoting from the information supplied with Genelines:

The Individual Geneline Chart is a biographical chart depicting one person’s life as a chronological life bar including a variety of customizable categories such as occupation, health, residence, etc.

This statement is true, but it doesn’t do justice to the charts. An example that I looked at was based upon the life of John Alden of Mayflower fame. The name John Alden was in a large red bar that covered the entire chart. The left side of the bar signified his birth in 1599 in Southampton, England. The right side was labeled “Died Sep 12, 1687 Plymouth, MA.” Three divisions under the red bar illustrated the events of his life. The three were labeled Political, Relationship and Residential.

The Political section had blue bars and text signifying the events in which John Alden participated. It showed that he signed the Mayflower Compact in 1620, helped found Duxbury, Massachusetts, then served as Governor’s Assistant from the 1630s through the 1670s. He also had to pay a fine at one time, and he was a member of the Council of War. All of these events are shown on the chart; each one starts and ends below the appropriate years.

In the Relationship section you can see the date of his marriage to Priscilla Mullins (the example had no mention of Myles Standish, but I know you could add that, if you wished) and the dates of birth of each of their children.

The Residential section shows the day John Alden left England, the time of his residence in Plymouth, and the dates of his later residence in Duxbury, Massachusetts.

The above describes just one example. The dates and the sections are fully customizable. The user can add any events or titles as desired. When I have a chance, I hope to create a similar chart for my great-great-grandfather, showing not only the events I just described, but also the year when New England had frost in the summer that destroyed crops and caused bankruptcies, the dates he bought and sold land, the dates the local church was established and later merged with another, the date the railroad opened in his town, etc.

The Comparative Geneline Chart is loosely similar but normally depicts the lives and events of multiple people. Again, quoting from the Genelines advertising:

A very different Comparative Geneline Chart I have seen illustrates the lives of all the U.S. Presidents. It shows on one page those men who took office at an early age or in their senior years. Again, the charts can be customized in many different ways.

Genelines is a 32-bit program for Windows. It requires Windows 95, Windows 98, Windows NT or Windows 2000. The requirements for disk space and memory seem very modest. If your computer is capable of running one of those operating systems, it should easily handle
Genelines.

The installation of Genelines was about the same as any other Windows program. Installation required about a minute to complete. The use of Genelines seemed easy and intuitive most of the time. The online Help information seemed complete the few times that I looked at it. The printouts were great. Take a look at Progeny Software’s Web site to see examples.

Genelines sells for $29.95 (U.S. funds). Users of earlier versions can upgrade to Genelines 1.3 at no charge. You can download a trial version of the program online and take it for a “test drive” before deciding whether or not you want to spend money for it. You can also take a “guided tour” of the program at the same Web site.

To learn more about Genelines, to take the “guided tour,” to download the trial program, or to purchase Genelines on a secure Web server, go to: http://progenygenealogy.com.